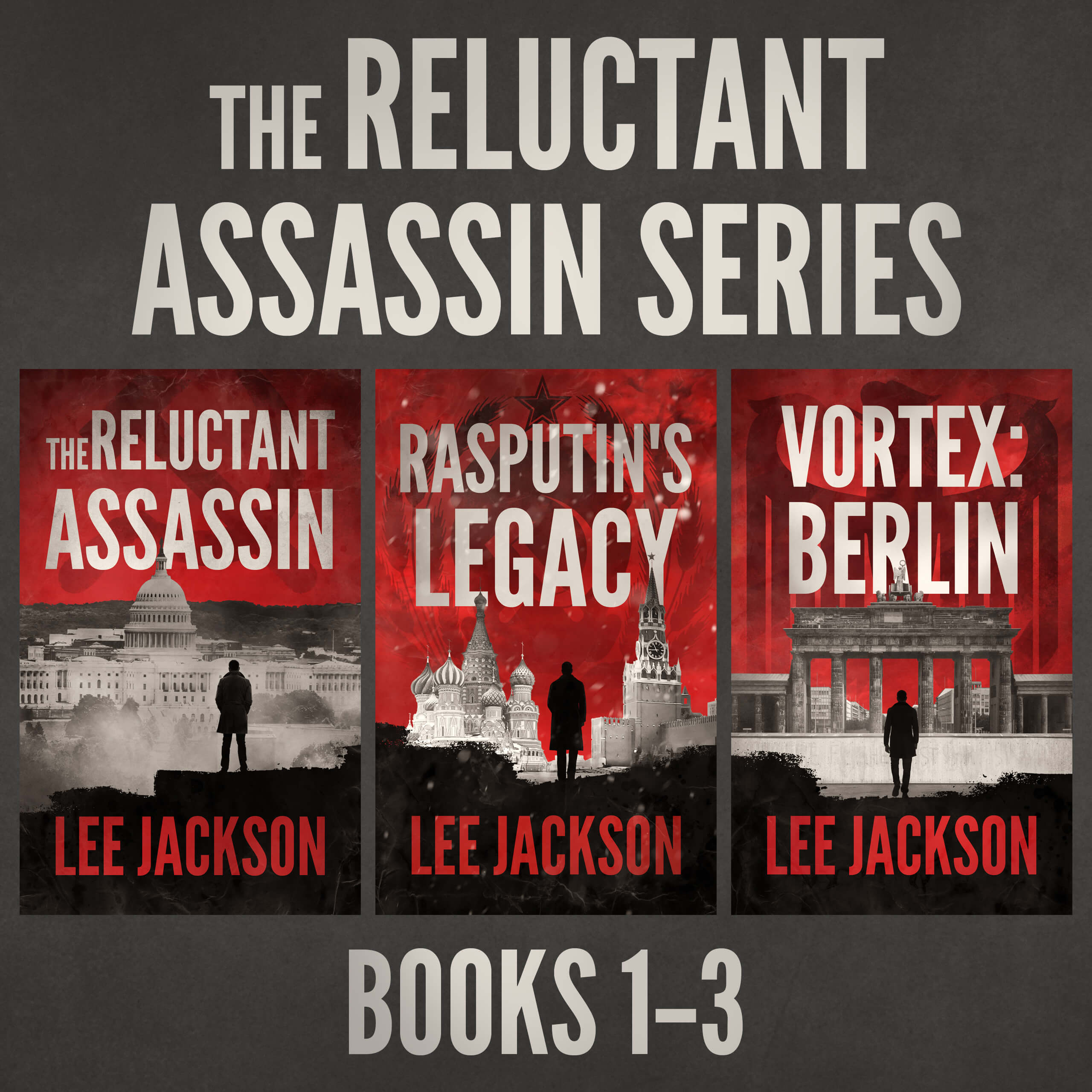 THE FIRST THREE BOOKS IN THE RELUCTANT ASSASSIN SERIES

THE COLD WAR IS IN IT'S TWILIGHT HOUR.

But Soviet spymasters have a bold plan to defeat America.

After Eduardo’s daughter is taken hostage by the Russians, the former West Point graduate is forced to become a KGB sleeper agent. If he resists, his daughter will be killed.

His handlers have orchestrated Eduardo’s rise into the elite social circles of Washington DC. There he must navigate a labyrinth of conspiracy and betrayal. Spying for a nation he despises. All the while, working to turn the tables on his KGB masters.

But when the Russians command him to assassinate a head of state, he is forced to make an impossible choice:

Or ignite the next World War.

WHEN THE PRESIDENT ORDERS ATCHO ON A COVERT MISSION IN SIBERIA, HE'LL FACE HIS GREATEST DANGER YET.

A CIA officer is assassinated in a village outside Paris. But before he is killed, Atcho learns of a dangerous conspiracy unfolding in Moscow.

Now Atcho must outwit Russian military and intelligence agents and prevent disaster. If he fails, nuclear annihilation will follow.

But when his fiancee—a former CIA operative—unexpectedly appears in Siberia to save him, Atcho must decide whether he can sacrifice himself to win...or lose everything he holds dear.

DURING THE FINAL DAYS OF THE SOVIET EMPIRE, ATCHO DISCOVERS A DARK CONSPIRACY.

Behind the scenes, powerful men have set plans in motion. Pulling strings to keep the Iron Curtain intact.

Even if it means setting off a nuclear weapon.

But as Atcho fights through an onslaught of attacks, he learns something shocking about the conspirators... 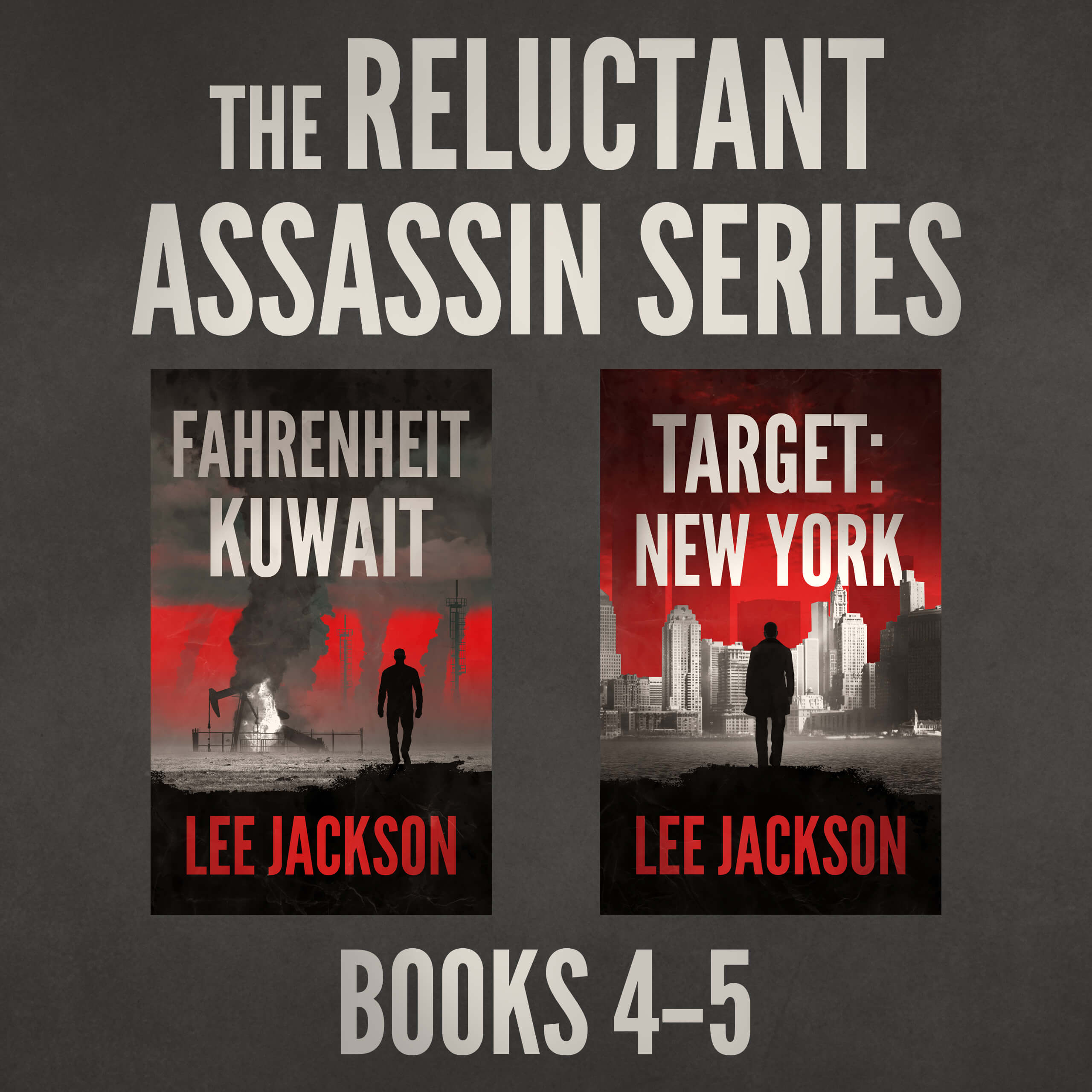 AS THE SOVIET UNION CRUMBLES, ITS NUCLEAR STOCKPILES ARE COMPROMISED.

For one terrorist, it's the opportunity of a lifetime.

He is a terrorist mastermind, and a mystery to Western intelligence.

But he’s no mystery to Atcho.

The two men have a score to settle with one another—and in a global game of cat and mouse, only one will prevail. Armed with a weapon of mass destruction and fueled by his hatred of the West, the terrorist intends to kill as many people as possible...unless Atcho finds him first.

If Atcho succeeds, he will prevent a nuclear attack.

But if he fails, no force in the world will be able to stop his enemy.

A NUCLEAR-ARMED TERRORIST IS OUT FOR REVENGE AGAINST A CIA OPERATIVE AND HIS FAMILY.

When an infamous terrorist surfaces in the wake of three massive international bombings, the hunt is on. But as Atcho closes in on his quarry, everything changes.

Only the next attack won’t be in a distant land; it will be on Atcho’s doorstep.

If Atcho can’t stop this madman, his family, and millions of innocents, could be wiped out in the white flash of a nuclear weapon.

Praise for Lee Jackson and THE RELUCTANT ASSASSIN series:

“Pure Gold! Atcho grabs you at the beginning, and won’t let go.” —Carmine Zozzora, Producer of Die Hard with a Vengeance and Color of Night

"Atcho is at his best when he's being Atcho—taking names and kicking ass. Highly enjoyable..." —Kirkus Reviews

“With this page-turning thriller, Lee connects the brooding mystic Rasputin to the Cold War, traces his dark influence into the present, and makes it relevant to today’s churning world events. Stunning!” —Bill Thompson, Editor of Stephen King’s Carrie and John Grisham’s The Firm